In fact, it would be best to use several tools to help us write programs. To make using all those tools easier, they come bundled together in a package called an integrated development environment, or IDE, for the language of our choice (in our case the C++ language). An IDE is a set of programs commonly containing at least:

The choice of an IDE largely depends on the choice of operating system and programming language. In our case the language obviously has to be be C++.

For Microsoft Windows operating systems we recommend an IDE called Visual Studio Community 2017. This IDE is available for free on the condition that you register it. The next section provides a download link.

If you prefer the GNU/Linux operating systems or OS X we would recommend the Code::Blocks IDE.

Installation instructions are provided on the next page.


Visual Studio 2015 in a darker theme 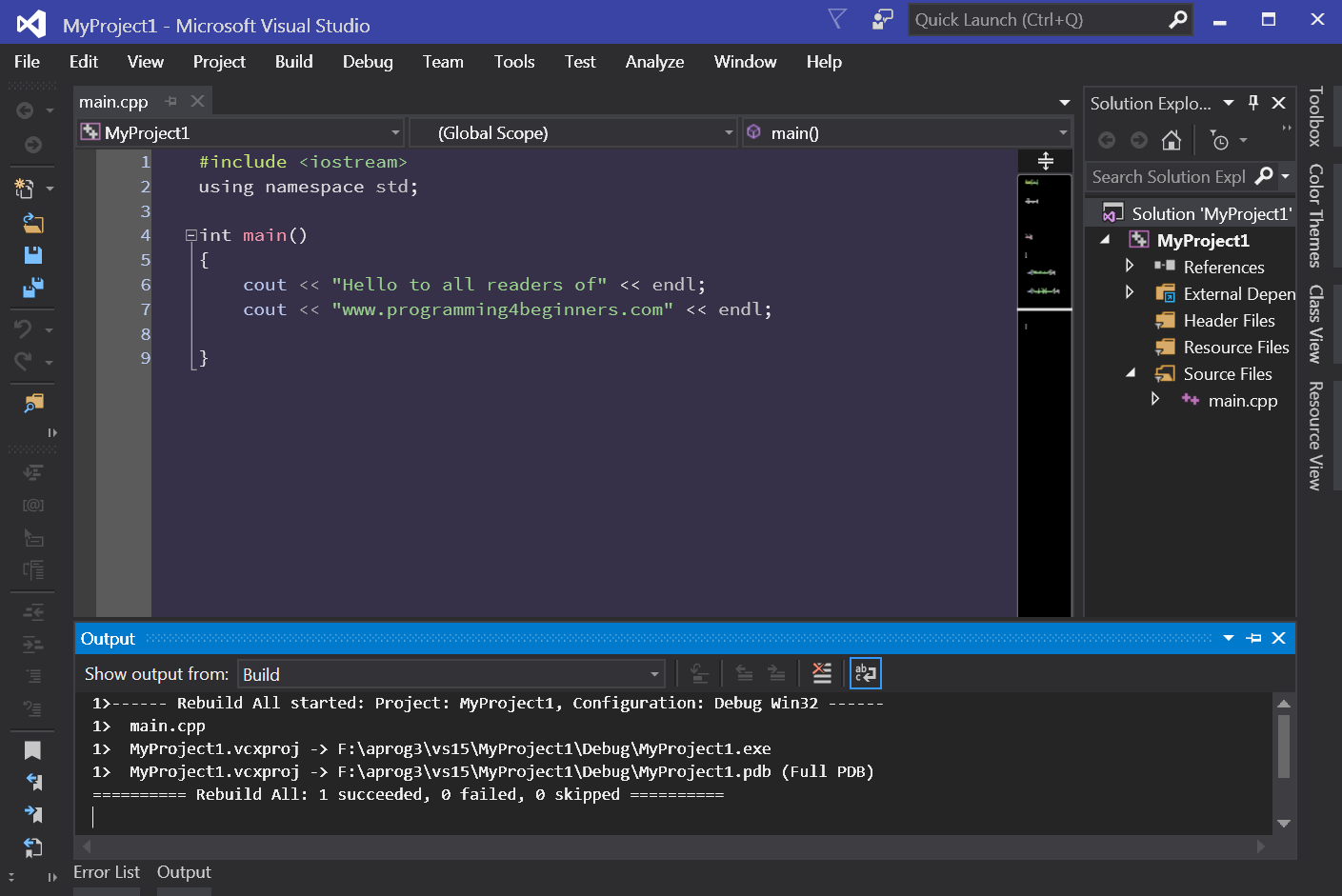 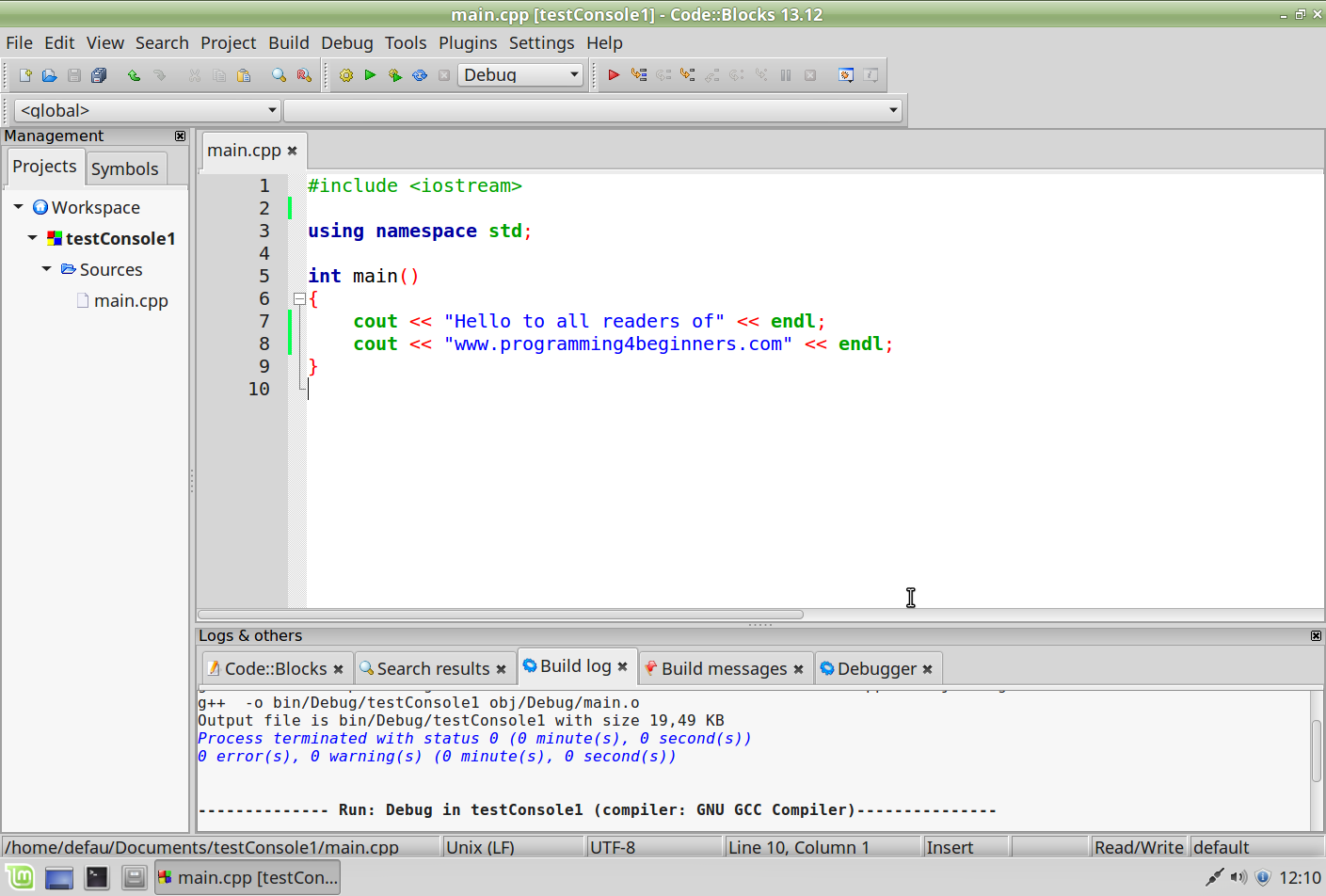 ‹ Taste of Things to Come: Iteration up Installing an IDE ›