The Equation of a Line

How to draw a line that is not horizontal is obviously the next question. To accomplish that, we need to apply some simple mathematics. One of the math lessons says that a line can be described by one linear function:

It is common to use horizontal axis of a graph for values of variable x, and to use vertical axis for values of function f(x). But, since coordinates in computer graphics are commonly labeled by names x and y, we can rewrite the equation above as:

We need to pick some values for a and b to draw a particular line. Let us choose the value of 0.3 for the slope a and the value 0 for the y-intercept b. The equation is then:

Let us draw a piece of the line that is determined by the equation above. Our piece will be a part of the line lying between columns numbered 50 and 500:

The complete program is given below: 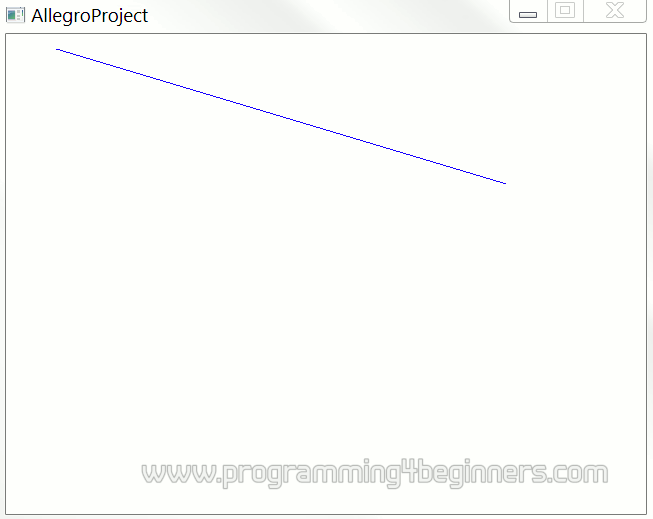 The program produces the image on the right.

However, since the y-intercept b equals 0, should not the line be directed towards the origin in the lower left corner of the image? Also, the slope a is positive, so it would be expected that the line is rising up instead of falling down. In short, this is not quite a line that would be expected given the equation used.

How to explain this strange discrepancy?


‹ Computing a Picture up The First Row Is on the Top ›